Bachelor of Arts in History in the Philippines 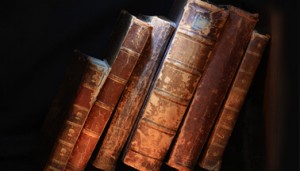 The Bachelor of Arts in History (AB History) is a four-year degree program in the Philippines that deals with the study of events from the past.

By taking this program, you’ll learn about the different civilizations that existed throughout history – the people that composed them, their basic structures, their relationship with one another, the transformations they went through, and their roles and impact on the society we know today.

Among the topics that will be discussed during the course of your study are:

It will also cover the different types of governments that existed during these periods such as empires, monarchies, aristocracies, commonwealths, and republics; and the major wars and conflicts that happened during their reign such as World Wars 1 and 2, Korean War, Vietnam War, Gulf War, and the Cold War between the USSR and the United States.

Some of the courses that are usually included in the curriculum are:

In addition to taking these subjects, an On-the-Job Training may also give you the chance to work with historical records and other important documents managed by public and private archives, libraries, museums, and other similar facilities.

AB History graduates can find employment as any of the following:

Are you a graduate of Bachelor of Arts in History? Share your experience and be a contributor.