All the popular shows that people watch everyday are products of TV production. Below are some examples.

Eat Bulaga (gmanetwork.com) is one of the oldest and most popular variety shows in the Philippines and is currently aired both locally and internationally.

Soap Operas, including your all-time favorite Koreanovelas are also products of months of TV production. Some examples can be found at asianovela.com.

The Ellen Show (ellentv.com), hosted by Ellen Lee DeGeneres, is an hour-long, five-days-a-week, talk-variety show that features various people including some of the most popular and talented artists around the world. Here is an episode where Ellen DeGeneres showed the public how the show is produced.

Lip Sync Battle (spike.com/shows/lip-sync-battle) is an American music-based reality show that make celebrities compete with each other in lip-synching to popular songs. 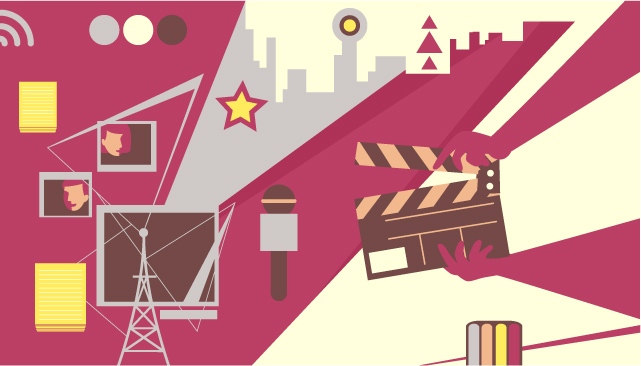 Jenny Ferre, the mind behind the phenomenal love team “ALDUB,” is a writer and the creative director of several shows in GMA 7 including the famous noontime segment “Kalyeserye.” Check out products of her latest works at kalyeserye.com.

Chris Tiu is a professional basketball player and TV host of GMA 7 infotainment show iBILIB (a scientific show that features scientific theories and experiments). He is also a blogger and active supporter of the anti-bullying campaign in the Philippines. Know more about him at ctiu.blogspot.com.

Rachel Robillard is a production assistant at NBC’s “The Voice” and CBS’ “Judge Judy.” She was a former radio talk show host, a reporter, and producer for Texas Student Television.

Learn more about her at rachelrobillard.com.

Erial Tompkins is an excellent writer and producer of several media productions both for film and TV. She is a two-time WGA (Writers’ Guild of America) winner and have an amazing background in editing and digital work. Check out some of her works at erialt.com.